Note: Both the 740 l/mm and the 3300 l/mm VPH gratings have more strongly-peaked blaze functions than the surface ruled gratings (SRG), however, the VPH grating diffraction efficiencies are still greater than the SRG efficiency at the edge of the Bench band-pass.

Predicted performance with the STA1 CCD: 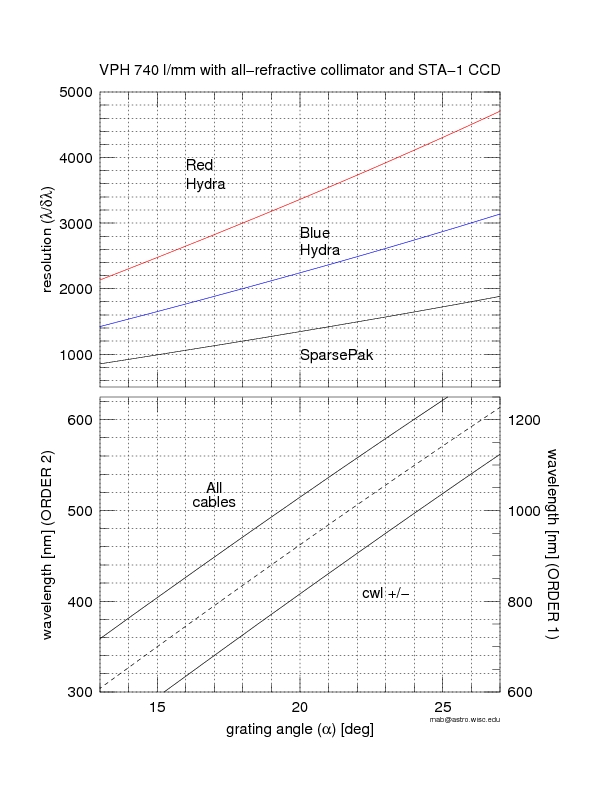 The figure below shows a direct comparison of the 740 l/mm VPH grating with the 790 l/mm surface ruled grating from the KPNO Mayall 4m RC spectrograph collection. The two gratings were both used with the Bench spectrograph to obtain dome flats and comparison lamp data. The plots show the flux ratios of the 740 l/mm VPH to the 790 l/mm surface ruled grating in orders 1 and 2. For each of the wavelength regions measured, the VPH grating has to be rotated to the optimum angle of incidence and diffraction, indicated as 17°, 19°, etc.

The plots demonstrate that the VPH grating has much higher throughput, yet gives comparable spectral resolution. 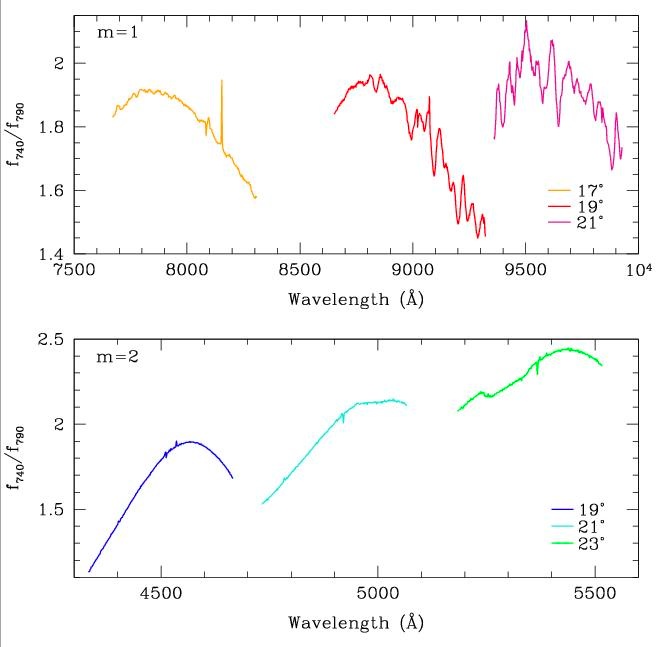 The figure below shows predicted spectral resolving power and wavelength coverage as a function of angle of incidence. 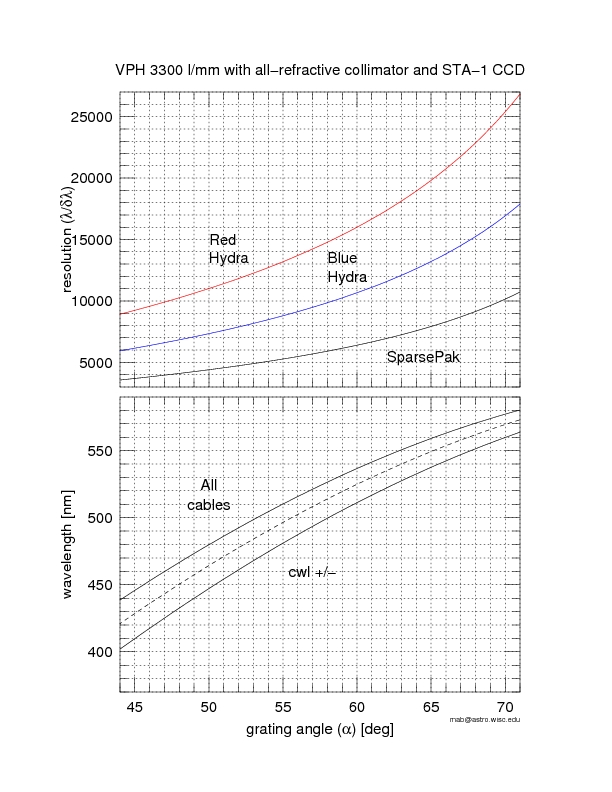 The first plot below shows the measured ratios of flux in comparison spectra taken with the 316@63.4 echelle and the 3300 l/mm VPH for 5130 Å (alpha = 57.8 degrees) The second figure shows the ratios of line widths in the direction of dispersion for several lines. The anamorphic demagnification of the echelle narrows the lines about 30% compared to the VPH. The measured λ/Δλ for the VPH from this configuration was 16,700. 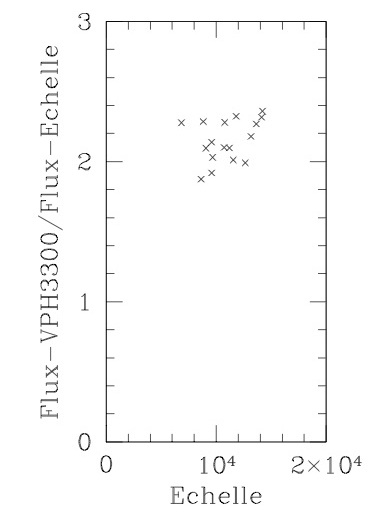 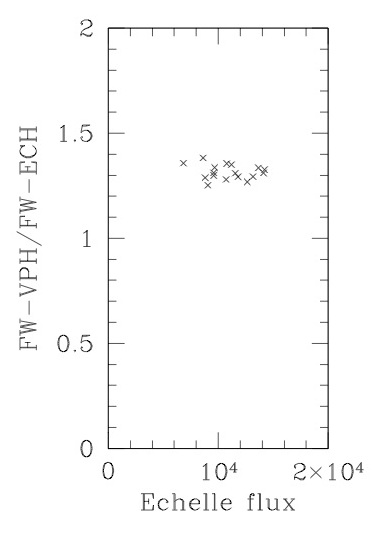 The figure below (from M. Bershady) shows predicted relative efficiencies for the 3300 VPH for several grating angles to demonstrate how the efficiency varies with grating angle. The upper curve shows the VPH super-blaze efficiency. 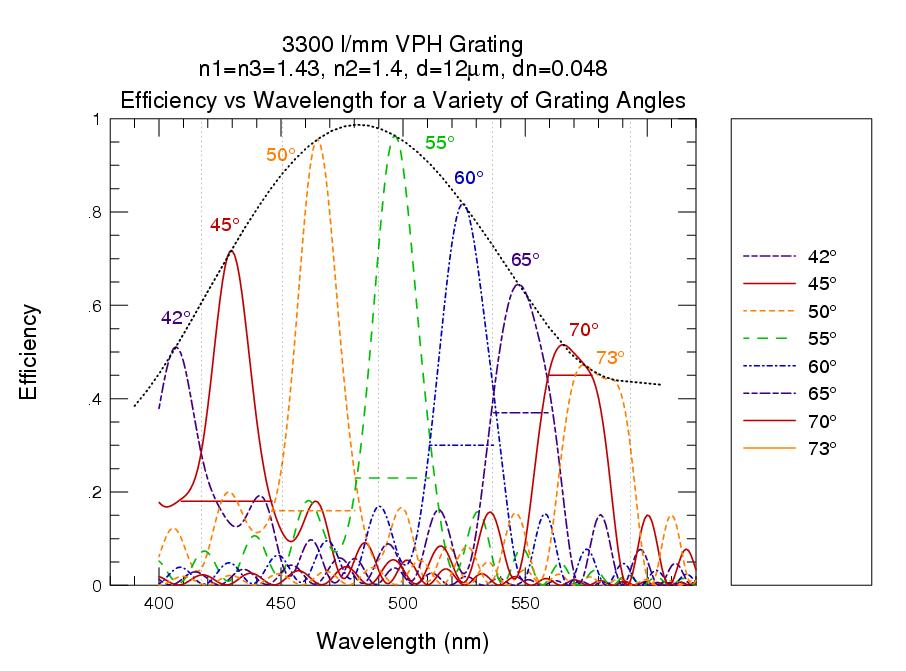